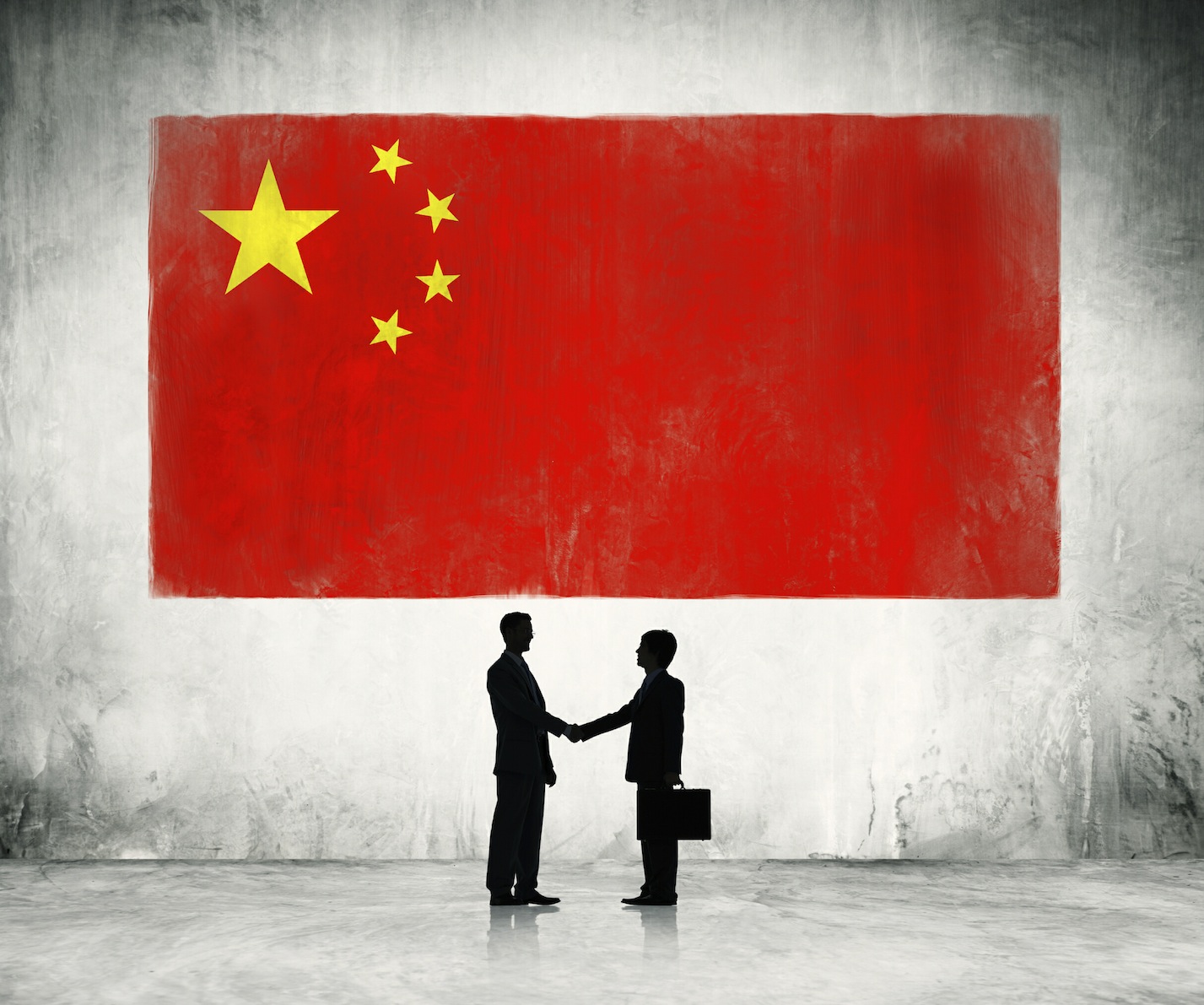 Entering the Chinese market is well worth considering if you want to expand your reach and tap into a potentially highly lucrative segment, and it’s now easier than ever before. Where it was once struggling economically, China is now booming and is home to a wealthy class of consumers who are keen to get their hands on Western products and consumer goods.

Internet users in China are estimated at around 632 million and growing. Many of the younger generation are spending time and buying online.

Here Are 5 Reasons Why There Has Never Been A Better Time To Enter The Chinese Market:

1. The Free Trade Agreement Between China And Other Countries China has eased its tight fisted regulations in the past with other countries in terms of trade. China signed up the Free Trade Agreement with a list of countries like Australia, New Zealand, Singapore, Maldives, Singapore, Iceland, Switzerland, Russia and other countries . These include the removal of tariffs and increased streamlining of processes and licensing requirements between the countries. The onset of payment gateways has made international trading far more convenient and acceptable thanks to companies like Alibaba, Square, Amazon pay etc. The easy access of payment gateway options allows a faster flow of payments in the economy along with reaching out to a wider audience, increasing buyers, driving higher conversions through a single seamless integration.

Alipay: The number of Alipay users hit a milestone of 870 million users and overtook paypal because of its massive userbase worldwide. Alipay currently has a 54.26% share of the third-party payment market in mainland China and continues to grow.

WeChat Pay: This mobile payment option tied up with Japan to make simplify payment procedures for Chinese tourists travelling to Japan and vice versa. WeChat pay was made available to 20 countries in early 2018 and that number increased to 49 countries 9 months later!

That speaks to another reason for their popularity. Besides having enormous backing, Alipay and WeChat Pay are so successful because they can do much more than just pay for shopping. Many other types of monetary transaction are now possible via the apps. Food: The Chinese consumer today is more informed about his purchases and is open to buying luxury goods. The brand that possesses an eccentric personality is more likely to win the heart of a Chinese consumer over a brand that just positions itself as ‘affordable’ and ‘middle class’. The Chinese middle class standards have evolved, consumers are now more informed about their purchases. The dairy scandal and other food additives in local produce have pushed the Chinese to explore for options outside their countries. Clothing: Excess purchasing power over the years due to rising disposable incomes has made the Chinese consumer extremely selective of his/her choices. This consumer is price sensitive but overly brand conscious owing to utmost importance given to ‘status quo’. Platforms like Xiahongshu have further exposed the Chinese to western brands that they can access through the reviewer-centric platform. Euromonitor  figures indicate that China’s adult garment market was worth RMB1,457.8 billion in 2017, with an increase of 5.2% year-on-year. Market value is expected to reach RMB1,592 billion by 2019. The Chinese women’s garment market was worth RMB923.2 billion in 2017, plus  5.7% over the previous year and the men market witnessed a 4.4% growth with a RMB534.6 billion in 2017. China’s Artificial Intelligence squad has a plan of action in store for the next 10 years to get to its 11th year of AI success all over the world. The other country lined up after China is the United States because of its thriving start-up landscape while Japan stands at the third place.

Google Search validates our search of a leader for Artificial Intelligence, while we tell you the steps China has been taking towards rising as the Godfather of AI. In 2017, China published its “Next Generation Artificial Intelligence Development Plan”, which laid out plans to ultimately become the world leader in artificial intelligence, with a domestic AI industry worth almost US$150 billion. The first step of that plan is to catch up with the US on AI technology and applications by 2020.

China also dominates AI funding. In 2017, 48 percent of total equity funding of AI start-ups globally came from China, compared to 38 per cent funded by the US, and 13 per cent by the rest of the world. This is a significant jump from the 11.3 per cent of global funding China made in 2016. In the early 2000s, China began to build a high-speed rail network that the government said would spur technological development and improve the country’s transportation system. This train network is now one of the most advanced in the world. There are good reasons to believe the country can make its vision of AI supremacy real.

85% of Chinese companies are active players in the field of AI, leading all seven nations in the study. They are already moving to adopt AI into some existing processes or currently running pilot initiatives, and their efforts thus far have generally been successful. China’s dominance can be attributed to their New Generation Artificial Intelligence Development Plan introduced in 2017, which is delivering strong results. Which brings us to our next question, what is China’s AI plan?

China has a three-step plan: firstly, it must be able to keep pace with all leading AI technology, and its application in general, by 2020. Part two is to make major breakthroughs by 2025, which is intended to lead to the third part of the plan – the establishment of China as the world leader in the AI field by 2030.

As per our previous blog, China has successfully AIded grocery stores with automated purchase and termed it as their ‘new retail’ strategy. Alibaba introduced Hema and JD introduced 7Fresh. Online retail has flourished in China, but it still accounts for less than 20 percent of the nation’s overall consumption, according to the Ministry of Commerce. The goal of internet players is not to steal business from the offline counterparts, but to digitize old-fashioned merchants and China’s AI plan is to fill in this gap.

Success with AI has a lot more to do with the technical infrastructure, skills, expertise, available skills, execution speed and responsiveness and support from senior management in individual companies. The Chinese AI industry has grown 67 per cent over the past year and produced more patents and research papers than the US. This is despite having access to about a fifth of America’s talent pool. China also has an edge over the US on applying AI technology to specific areas such as unmanned retail and medical diagnosis.

The Chinese Digital Revenue Model: WeChat by far is known as one of the most widely used apps among the Chinese people all over the world. It is true when they say, ‘You can take the Chinese out of WeChat but you can’t take WeChat out of the Chinese’. This summarizes how deeply this app is ingrained into their systems!  Weibo, IQIYI, Tik Tok etc.soon followed suite.

Have You Once Stopped And Thought About Why The Chinese Are Inseparable From These Apps?

The Chinese forayed into the cyberspace through their mobile phones. Unlike the west, they were already habituated towards using the small screen which makes them the Country with the highest mobile phone usage.

The bombarding of Social media (Facebook, LinkedIn, Instagram etc) , Apps and online media streaming (Netflix, Amazon Prime etc) in the west is widely segregated into advertisements and subscriptions. The internet consumers are soon going to reach a saturation point where they begin questioning why they see multiple ads in a day or why they should keep paying for an entire buffet of streaming when all they consume is one dish everyday. What Tencent has successfully manifested is the fusion of habits into revenue that doesn’t only get classified into ads. Its basically Advertisements x Transactions.

Advertisements amount to less than 20% of the total revenue model as opposed to Facebook’s that totals up to 98.5%.

Books in the western world are consumed very differently than in China. What a reader in the west typically does is visit Amazon, purchase an entire book and pay for the entire price.

In China, the reader can buy books by the chapter. Some readers can pay according to words and can also tip the author in cents. Some digital books allow the reader to read the first 100 chapters for free and then charge them for the last chapter.

This is just a crossword habit (In India, crossword the bookstore allows the reader to physically read bits of the book, get acquainted with it and eventually its up to him/her to buy it or not) that transformed into an assured digital revenue model on China’s screens.

Tencent gives the user a plethora of information before the user makes a decision purchased. This information is partitioned minutely so that the user gets habituated gradually. This model has worked massively and that reflects readership in figures below: The entire podcast revenue from U.S. amounted to $314 million  from advertising as opposed to China’s $3 billion profit from paid subscriptions.

Podcasts follow the habituated business model as well. Each listener can tip the podcaster anywhere between 1 cent to $2 and this revenue is then split between the platform and creator. YouTube ads amount to the highest revenue in the digital space in the western world. However, product placement still has a long way to go as compared to China. With artificial intelligence and machine learning, China has successfully managed to insert smart product placements with video content.

China of course doesn’t just let you watch the video, it lets the user interact with the video, buy coupons, enter giveaway, buy skins for the app etc. It gives a user 6 minutes worth of free content before moving onto consuming the entire movie which Is much more than just what a trailer offers. It lets you customize your sound, speed and also gives you an option to top up your mobile data. It uses ads, but also thrives on membership, premium content, gamification etc.

The basic model in the western world is subscription to spotify for a month or free music supported by ads.

In China Its Obviously Different: In China, the artist can get onto a platform, get ranked for his music, allows fans to interact with the music, gift it to their friends and get rewarded. Tencent turns a regular fan into a superfan with customized artist interaction. All kinds of artists be it small, medium or big can display their talent on the platform, interact with fans and get paid for their content in return.

Let Us Help You Break Into The Chinese Market Seamlessley

Get in touch with us for your queries. We Look forward to discussing your expansion project.